Whilst at my local Ikea I saw some pot holders in the Christmas section that were marked down. I was tempted to get some, but I'm a bit too accident prone to be able to use pot holders. I really need oven mitts if I don't want to get burnt! (This is still no guarantee, but let's not go there!) I keep promising myself that I will make some oven mitts to replace my worse-for-wear ones, but never quite get there. So my Bradley suggested that I get some pot holders "for now". I picked a pair up (they come in packs of two) and started to walk off. Then I had a brilliant idea about how I could turn the two pot holders into an oven mitt and grabbed another pair so that I would have a pair of oven mitts. So here's the idea. 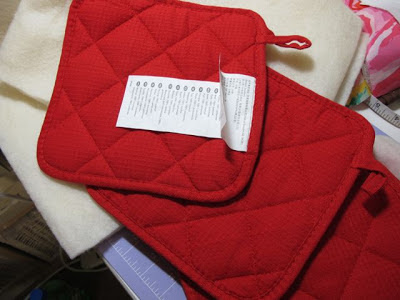 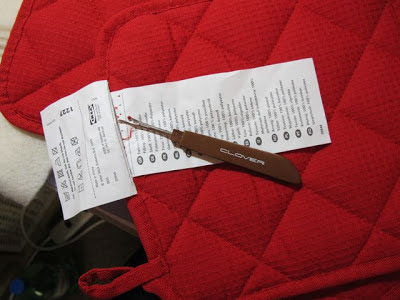 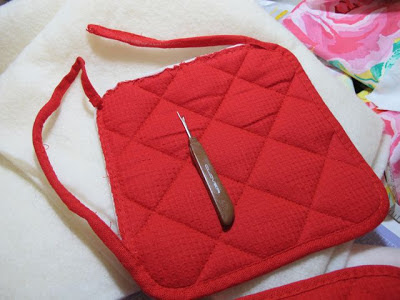 Unpick the binding along two sides almost to the corners. My pot holder had a hanging loop which I unpicked. It gave my binding some more length. 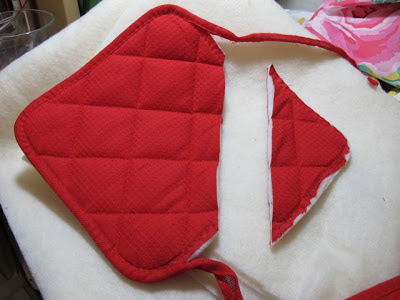 Then cut off the corner of the pot holder. (Note, if you are doing two oven mitts like I did make sure to measure the second cut off with the first cut off. I point this out only because I didn't and I used the quilted grid which was not the same on the second pot holder. All good though, cause I repaired the cut and tried again!) 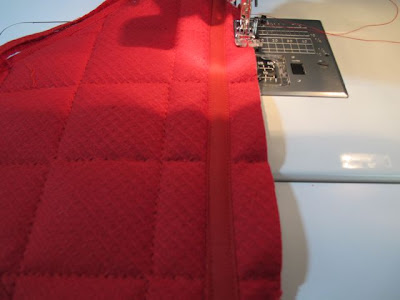 Next sew the cut edge of the pot holder together. (Like my repair? This photo shows the second oven mitt.) This makes it easier to replace the binding later. 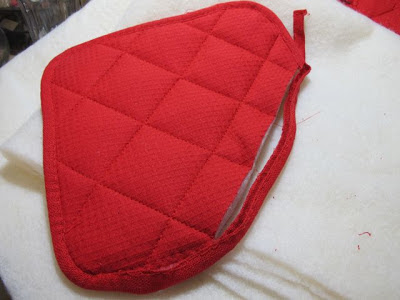 Sew the binding on one side and trim. 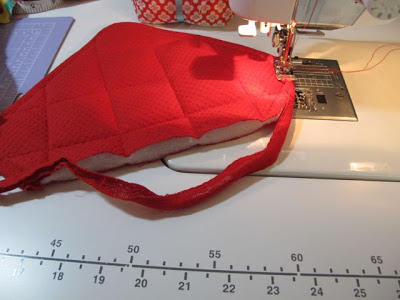 Then sew the binding across the cut piece. . . 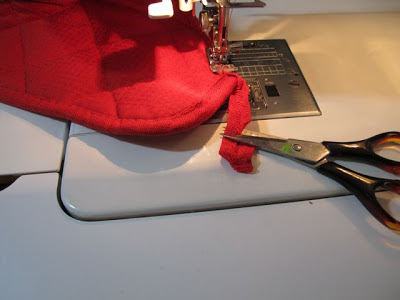 . . . and around the next corner. Trim the end and fold the binding under and sew it to finish the binding end off. 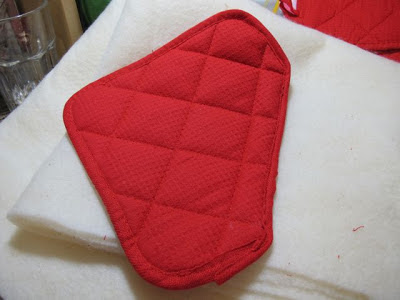 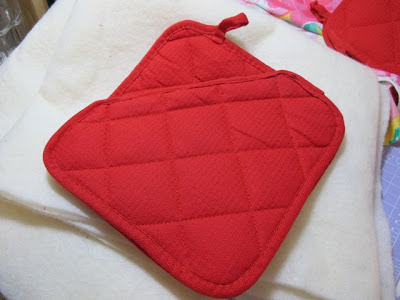 Place the finished piece on top of the other pot holder, pin and sew around the edges. 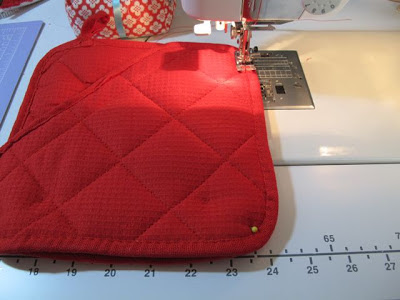 I sewed on the left side of the binding as shown here so that I wasn't sewing through too many thick layers. 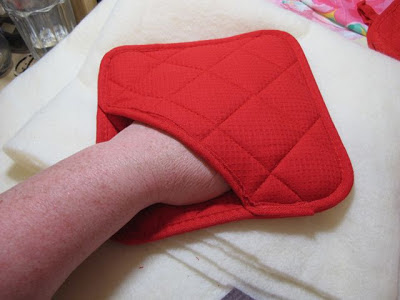 Now you can put your hand in it! 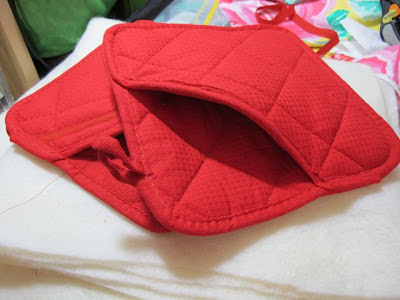 The finished products! I'm off to bake!