Just incase you thought this week was going to come to an end without any crafting happening at all, this post allays your fears. Some time ago I showed you this scarf I was knitting. Well, this week I finished it. But it is a scarf no longer! 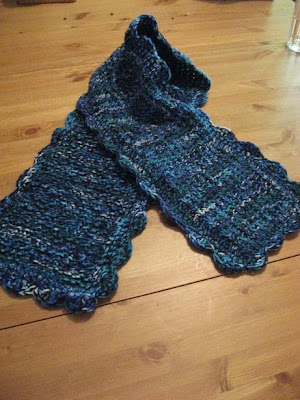 It's still sort of a scarf. A scarf and a hood all rolled into one. I'm sure there is a name for one of these but I don't live anywhere cold enough to know the name! 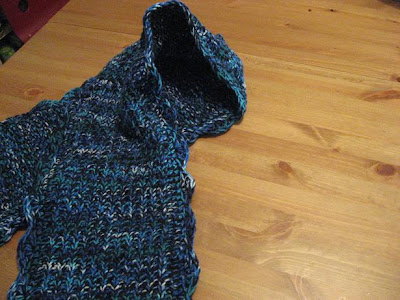 This scarf/hoody thing is for Miss 21 who is overseas in the snow as we speak. But I got Miss 10 to model the scarf for you. She thought it was a huge joke. Modelling a warm hat in summer! 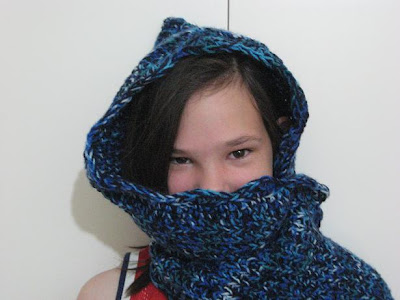 I also made bunting. Bunting is one of my most favourite things ever, despite the fact that I have never owned any! I don't know if you noticed or not, but our stall at Art at the Hart had bunting. That's because Mrs 23 made some for markets. I'm not sure why bunting appeals to me so much. I think it has something to do with tv. Every great tv show has bunting. Like "As Time Goes By" when they throw the Christmas party for the old folks, like "Ever Decreasing Circles" when they are setting up for the Vicars and Tarts dance, and like just about every "Darling Buds of May" episode! Maybe I just love it because it's so British and it's sooooooo happy. 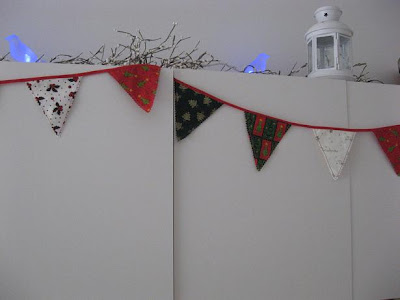 I have been collecting inspirational bunting photos from all over the net. But it wasn't until I saw Tiel's bunting (OK. I think it was Tiel. It was a while ago.) that I thought I could actually make some. She made some small bunting that was "pinked" around the edges and I thought, "I could do that!". So I did. I made some for a friend, but made so many triangles I ended up making some for me too! I love it when I accidentally get something like that. 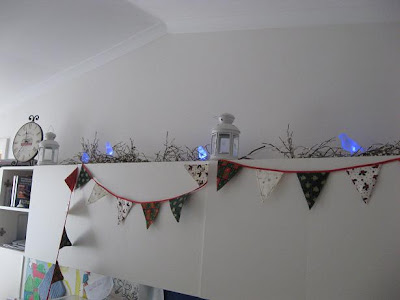 Sorry for the marathon post. I just had so many photos! My camera wasn't working for a while, and now it is so I am taking it everywhere and snap, snap, snapping! (Gosh I missed it!)

Great hoodie/scarf - it looks so warm!

That does look nice. It would be useful here a few days out of the year!
Texas